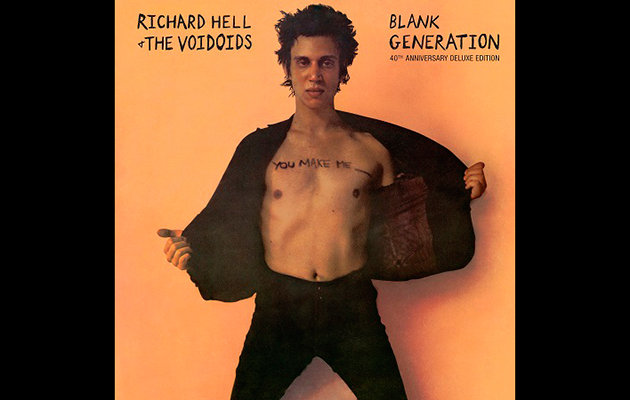 Richard Hell and the Voidoids are to release a 40th anniversary deluxe edition of Blank Generation.

A limited edition double-CD and double-LP will be available on November 24, Record Store Day’s Black Friday.

The remastered album has also been restored to its original 1977 track listing and sleeve imagery. The set includes a second disc with previously unreleased, alternate studio versions, out-of-print singles and rare bootleg live tracks from the band’s first appearance in 1976 at CBGB. The booklet also contains many previously unpublished photos of the band, an essay by Hell, pages from his notebooks and private papers and a new interview with Ivan Julian by Hell.

Side One
“Love Comes In Spurts”
“Liars Beware”
“New Pleasure”
“Betrayal Takes Two”
“Down At The Rock And Roll Club”
“Who Says?”

The December 2017 issue of Uncut is now on sale in the UK – with Robert Plant on the cover. Plant and his band have also compiled our free CD, which includes tracks by Bert Jansch, Daniel Lanois, Patty Griffin, Thee Oh Sees and more. Elsewhere in the issue, we remember Tom Petty and there are new interviews with REM, Charlotte Gainsbourg, Bootsy Collins, King Gizzard & The Lizard Wizard and Ronnie Spector. We review Morrissey, Sharon Jones, Mavis Staples, Hüsker Dü Tim Buckley and Talk Talk and much more.