Echo And The Bunnymen and Guillemots added to the lineup 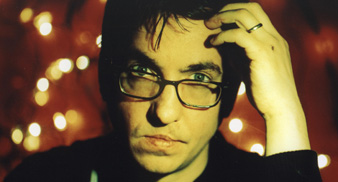 Richard Hawley, Echo And The Bunnymen and Guillemots have all been added to the V Festival line-up.

They join headliners Muse and The Verve at the dual-site festival held in Chelmsford and Staffordshire from August 16 – 17.

Further additions to the line up include The Young Knives, The Long Blondes, Siouxsie Sioux, Roots Manuva, Goldie Lookin Chain and Noah And The Whale.

Young Knives make their return to the festival three years after winning the talent competition, Road to V when they were still an unsigned band in Ashby-de-la-Zouch.

“It was only a couple of years ago that the Young Knives won the ‘Road to V’ competition and now they return high up on the Virgin Mobile Union Stage bill,” said V Festival director Bob Angus.

“We’re thrilled to have them back as an established band.”

Tickets for the V Festival, which is now in its 13th year, are still available.