Replacements Drummer Foley Passes Away At 49

Steve Foley toured with the alternative icons during their last years 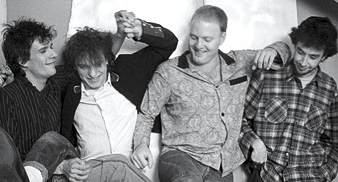 Steve Foley, the last drummer with US alternative band The Replacements, has died at the age of 49.

Foley reportedly passed away after an accidental overdose of prescription drugs last weekend (August 23) in Minneapolis.

Recruited for the tour of the band’s last album, “All Shook Down” , after frontman Paul Westerberg and bassist Tommy Stinson spotted a copy of the album in the drummer’s car while he was giving them a lift to an audition for a a replacement for departing sticksman Chris Mars.

After the tour, The Replacements split – Foley was working as a car salesman when he died.