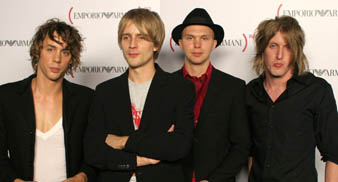 Razorlight have announced their UK tour plans for Spring 2007.

The band, currently riding high in the charts with their self-titled second album, will be playing a seven-show arena tour of the UK.

A total of 80,000 people will see them perform, including the final night which will be at London’s Earl’s Court.

Tickets go on sale December 14 at 9am.