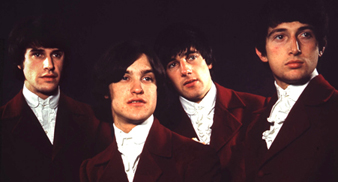 The Kinks‘ Ray Davies has revealed he’s spoken to his guitarist brother Dave about writing new material together.

The duo enjoy a famously tempestuous relationship, and have not worked on major material jointly since The Kinks split in 1996.

In an interview with News Of The World, Ray Davies said he’s already spoken to Dave about reuniting, though he added that his brother’s ongoing recovery from his stroke in 2004 may still limit his playing.

“I suggested he do some low-key shows to see how well he can play. If we’re going to play together again, we can’t hit the road straight away with a big-time announcement,” Davies said.

He added: “But, if Dave feels good about it and there’s good new material that we can write, it’ll happen.”

The singer also confirmed he plans to record a duet album in 2010, with Bruce Springsteen one of the artists set to appear alongside him.