Rare Jack White vinyl found down the back of a sofa 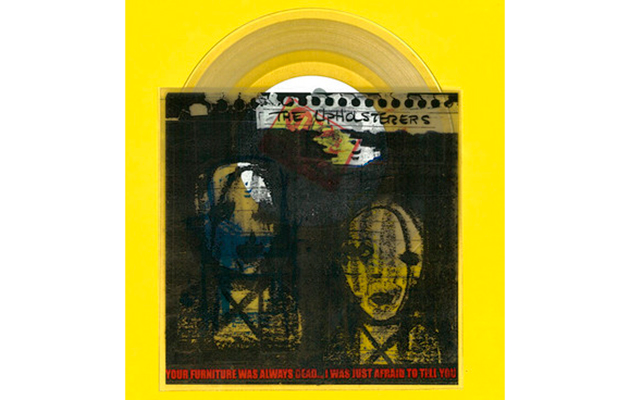 A rare vinyl release by Jack White which he concealed inside a sofa over 10 years ago has been discovered.

In 2000, White formed The Upholsterers with Brian Muldoon. Both former upholsterers, they released a single, “Apple Of My Eye”, in 2000. A few years later, the pair hid 100 copies of their song “Your Furniture Was Always Dead … I Was Just Afraid To Tell You” in reupholstered furniture around Detroit.

Recently, two separate people have recently contacted White’s Third Man Records label after discovering copies of the record. A message from the label confirmed the discovery:

“Recently Third Man Records has been made aware of the discovery of two different copies found by two separate individuals of the 2nd single by the Upholsterers. This duo, comprising of actual upholsterers Jack White and Brian Muldoon, pressed 100 copies of this single and proceeded to hide them in furniture being reupholstered by Muldoon in 2004, in celebration of his 25th year in the business. In celebration of these discoveries, Third Man would like to share with everyone the cover art for this single, done by noted Detroit artist Gordon Newton.”

Meanwhile, American Epic – the ambitious documentary series overseen by White, T Bone Burnett and Robert Redford – is due to be screened later this spring on British television.

Spread across three documentaries, the series charts the development of blues, country, gospel, Hawaiian, Cajun and folk music through the lives of musicians including Charley Patton, The Carter Family and Joe Falcon, using previously unseen film footage, unpublished photographs, and interviews with some of the last living witnesses to that era.