Radiohead have “tarnished the brand” of Trumpton, says creator’s son-in-law 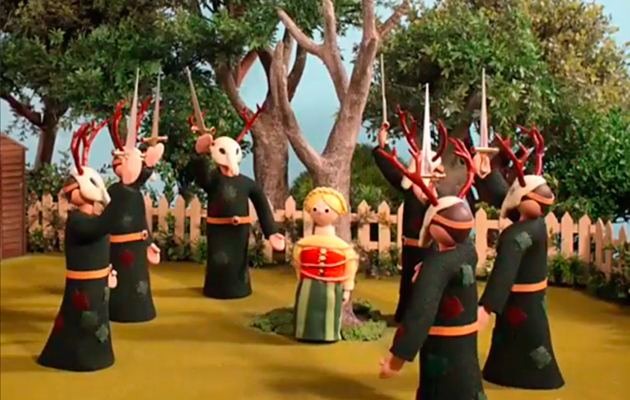 Radiohead have “tarnished the brand” of Trumptonshire with their “Burn The Witch” video, according to the son-in-law of creator Gordon Murray.

In the video, directed by Chris Hopewell, an outsider is shown around a small village, before being placed inside a giant effigy, a la 1973 film The Wicker Man, and burned. However, an epilogue shows him unharmed and escaping.

Mollett explained that he would not be showing Murray the video, saying: “Gordon would be appalled.”

A Moon Shaped Pool reached Number One on the UK albums chart on Friday (May 13), as well as in Ireland and Norway, Number Two in Australia and New Zealand, Number Three in the US, Holland, Sweden and Finland, Number Four in Italy, and Number Six in France.