'In Rainbows' to get released physically in America too 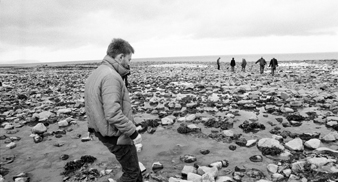 Radiohead have now confirmed that their latest album ‘In Rainbows’ is to get a physical release in the US after the band signed another record deal.

The band are now signed to Dave Matthews‘ ATO label, currently being distributed through SonyBMG in the States, though ‘In Rainbows’ will be put out through ATO’s TBD Records imprint on January 2.

The label is also home to psychedelic rockers My Morning Jacket.

As previously reported, Radiohead have signed to British independent label XL in the UK, who will release a physical format of ‘In Rainbows’ on December 31.

Radiohead’s seventh album, their first since 2004, and the end of their deal with EMI Records, was released on October 10 as a download only release through their own website.

‘In Rainbows’ is currently only available exclusively through Radiohead.com.