Re-releases coming this summer from Jarvis and the gang 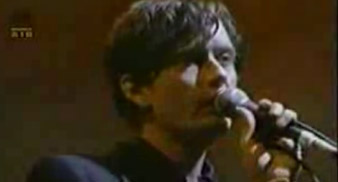 All three albums will all be released on August 8, and will come with new liner notes from rock critic Everett True. Although the LP’s won’t be remastered, they will all come with new artwork, while Freaks and Separations will both come with added bonus tracks.

‘Freaks’ will feature an extra disc of material taken from their singles ‘Little Girl’ and ‘Dogs Are Everywhere’, while ‘Separations’ will also include two extra songs – ‘Death Goes To Disco’ and ‘Is This House’ – plus an extended version of the album track ‘Countdown’.

Pulp revealed that they would be reforming to play live shows in November last year. Previously, the band had not played together since 2002, but made their live comeback with an intimate show in Toulouse, France last week (May 25)[/url] before their headline slot at Primavera Sound festival in Barcelona, Spain two days later (May 28).

They are also set to play festivals including the Isle Of Wight Festival on June 11, London‘s Wireless on July 3 and Scotland’s T In The Park on July 10.