Portishead’s Geoff Barrow: ‘There’s definitely going to be another record’

Portishead's Geoff Barrow has confirmed that the band will record a fourth album. 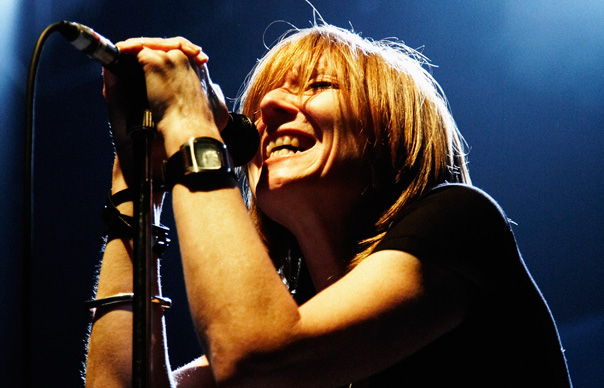 Portishead‘s Geoff Barrow has confirmed that the band will record a fourth album.

The band released their last album ‘Third’ in 2008, their first studio record since 1997’s self-titled effort and wrapped their touring commitments in support of the album last summer.

Speaking to The Quietus, the trio’s multi-instrumentalist Geoff Barrow said of their plans for a fourth album: “We’ve been getting together recently and talking about lots of stuff. There’s definitely going to be another record, we’re just going to get on it as soon as my studio gets working.”

Barrow also spoke about the band’s tour last summer, which saw the trio visit lots of territories they’d played in before. Asked if he’d been inspired by this, Barrow replied: “It inspired us because people were into it, but in terms of where it takes us musically, it inspired us because that’s where it stops. That tour was almost a continuation of the ATP we did in 2007, 2008, it was the same band, pretty much the same set, lots of ‘Third’ and lots of bits of other stuff, so now we want to move forward.”

The multi-instrumentalist added that working on side projects Drokk and Beak had inspired him to work on new material with Portishead.

He said of how the writing process was going: “We’ve not got anything at all down, but for me doing things like Drokk and Beak and lots of other things I’ve got my finger in has made me realise that that’s the way forward for me, just to keep on making music, so I don’t stop, so it doesn’t become an issue. I can just carry on writing, get the momentum going – that’s what everyone wants really, to feel able.”

Geoff Barrow is set to release the soundtrack to last year’s indie hit ‘Drive’ on vinyl, through his Invada Records label.

The soundtrack to the Ryan Gosling starring film featured 1980s electro-pop inspired music by Kavinsky & Lovefoxxx, Cliff Martinez, The Chromatics, Desire and Riziero Ortolani. The soundtrack will get its first vinyl release on May 21.