Geoff Barrow says it won't be 11 years until the next album! 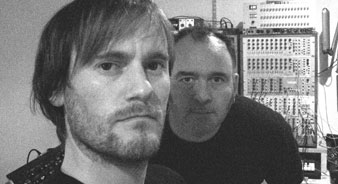 Portishead have announced that they are ready to start planning their fourth album, the follow-up to Uncut’s album of 2008, Third.

Geoff Barrow, speaking to BBC 6 Music has said that fans won’t have to wait eleven years, as was the case with Third, saying that the band have started forming plans to start recording.

Barrow said: “When everyone’s had a bit of a break, I think we’re just going to plough onto it. I think we’re kind of there now. We’ve sat down and we’ve talked about the direction and stuff like that.

“Everyone seems really positive about it. And I think everybody at some point wants to get back out on the road, because we didn’t really do an awful lot of live stuff. What’s really interesting is that we’re in this lucky position now. We haven’t got a record company; our deal ended and so did our publishing deal.

“So we pretty much own all of our own rights now, which is scary as well as exciting really, so we’re thinking of loads of different ways of doing things.”

Third was voted Uncut‘s album of 2008. Now it’s your turn to rate your favourite albums of the year in the Uncut Rate The Albums Of 2008 special feature.