Hear clips of two of the album's songs now 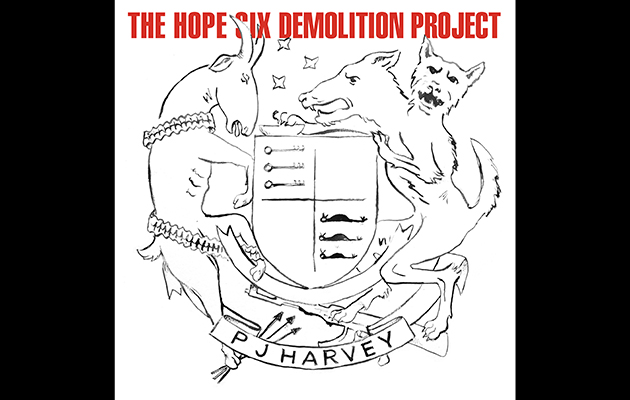 The songwriter’s ninth full-length album, the follow-up to 2011’s Let England Shake, will be released on April 15th, 2016. The cover is pictured above.

The Hope Six Demolition Project, recorded at London’s Somerset House under the gaze of the public, consists of 11 songs, including lead single “The Wheel”, and is produced by Flood and John Parish.

Speaking about the album’s writing, which saw Harvey visit Afghanistan, Kosovo and Washington DC, the songwriter says: “When I’m writing a song I visualise the entire scene. I can see the colours, I can tell the time of day, I can sense the mood, I can see the light changing, the shadows moving, everything in that picture.

“Gathering information from secondary sources felt too far removed for what I was trying to write about. I wanted to smell the air, feel the soil and meet the people of the countries I was fascinated with.”

The Community Of Hope
The Ministry Of Defence
A Line In The Sand
Chain Of Keys
River Anacostia
Near The Memorials To Vietnam And Lincoln
The Orange Monkey
Medicinals
The Ministry Of Social Affairs
The Wheel
Dollar, Dollar

Watch a trailer for the album by filmmaker Seamus Murphy.