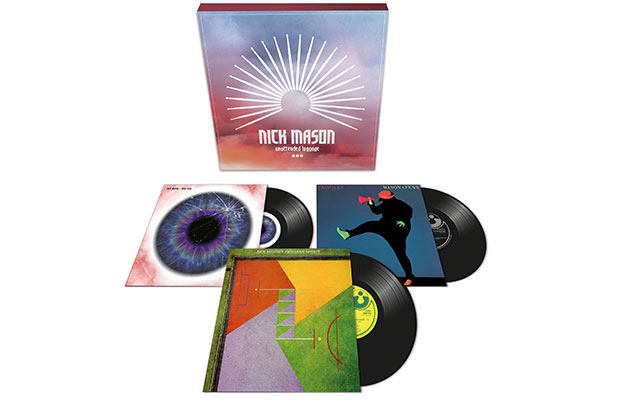 Pink Floyd’s Nick Mason has announced that his three solo albums from the 1980s will be reissued in box set form on August 31.

Unattended Luggage compiles 1981’s Nick Mason’s Fictitious Sports, written with Carla Bley and sung mostly by Robert Wyatt; 1985’s Profiles, a largely instrumental collaboration with 10cc guitarist Rick Fenn, also featuring David Gilmour on one track; and 1987’s White Of The Eye, the soundtrack for the British thriller movie of the same name, another collaboration with Rick Fenn. The latter album has been out of print for 20 years and never before released on CD.

“These recordings hold a very special place for me in my musical life,” says Mason. “Listening back after 30 odd years, I’m delighted they are getting the reissue treatment. I’m rather hoping that sales will be sufficient to damage the market in the original rare vinyl versions!”

Unattended Luggage will be available in both CD and vinyl three-disc box sets, as well as digitally. You can pre-order it here.

Nick Mason will head out on tour with his early Pink Floyd band Saucerful Of Secrets from September – full details here. And it’s not too late to ask him a question for our Audience With feature in an upcoming issue of Uncut.