How much would you bid for the Abbey Road Studios EMI TG12345 MK IV? 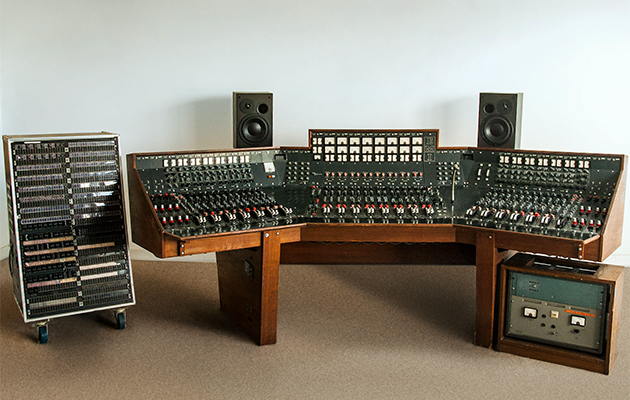 The recording console used by Pink Floyd to record The Dark Side Of The Moon will go up for auction later this month.

Aside from Pink Floyd, the console was also used by Paul McCartney and Wings, George Harrison, Ringo Starr, Kate Bush and The Cure.

The console will now be the subject of an auction being held by New York auctioneers Bonham’s, which will take place on March 27. The console is expected to reach a six-digit figure, though no estimate has been set.

Katherine Schofield, Head of Entertainment Memorabilia in London commented: “We are hugely excited to offer such an important item of music engineering used by iconic bands and legendary artists. Made for the powerhouse that is Abbey Road Studios, the engineers forward thinking together with the military precision of EMI craftsmanship has created one of the best sounding recording consoles ever made. The association with one of the UK’s most relevant and successful bands, Pink Floyd, highlights the fact that this is far from being any ordinary console.’

Currently owned by producer Mike Hedges – who bought it from Abbey Road in 1983 – the console is still in an “excellent working condition” and is currently housed in Prime Studios in Austria.