10 stamps are due in July 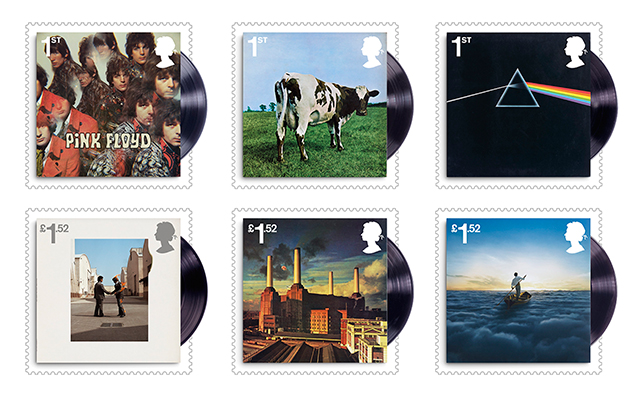 The Royal Mail are to release a set of Pink Floyd postage stamps.

Six will feature album sleeves: The Piper At The Gates Of Dawn, Atom Heart Mother, The Dark Side Of The Moon, Wish You Were Here, Animals and The Endless River.

A further four stamps within a miniature sheet commemorate the band’s live appearances.

The Division Bell album cover previously appeared on a stamp in 2010.