Jurors split 10-2, but retrial could happen within a matter of months 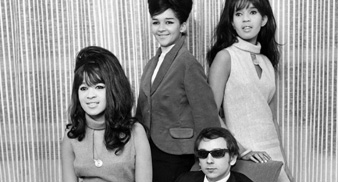 The judge in legendary producer Phil Spector’s murder trial has declared a mistrial, after the jurors were unable to agree on a verdict after 12 days of deliberations.

The jury was 10-2 in favour of convicting Spector of the second degree murder of actress Lana Clarkson in his Los Angeles mansion in 2003.

Spector, who worked with acts including The Beatles, Leonard Cohen and The Ramones, looks set to face a retrial in the near future – the judge and lawyers involved in the case are set to meet on October 3 to discuss proceedings.

Sandi Gibbons, the spokesperson for the District Attorney’s Office, said: “We’re disappointed the jury was unable to reach a verdict in this case, and we will immediately begin preparations for a retrial.”

The case had hinged on whether Spector killed Clarkson or whether she had committed suicide, based largely on whether blood on Spector’s clothes placed him close enough to Clarkson to have shot her in the mouth.