Now you can filter your iTunes playlists by mood 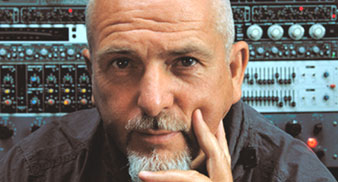 Peter Gabriel is ushering in the second wave of the digital revolution by backing a new piece of software that the creators claim will change the way we listen to archived music.

Gabriel won the Pioneer Award at the recent Digital Music Awards, and has been at the forefront of musical innovation from his championing of world music and embracing of video technology right up to his current digitial innovations.

“The Filter” is a free piece of downloadable software, which say the makers, will organize your ipod record collection into intuitive playlists at the click of a mouse.

The programme scans your iTunes library using Artificial Intelligence – as it gets better at judging your tastes, it is said it will even playlist according to your mood.

On the new generation of AI software, Peter Gabriel, says, “The first wave of the digital revolution was about the freedom of choice, trying to make everything accessible to anyone, anyplace, anytime. I think the second wave will be about freedom from choice. It will be able to filter and focus so that you get more of what you want.”

“The Filter” is available for Win XP and iTunes at www.thefilter.com
The Mac OS  X, WinAMP and WMP versions are to follow soon.