The Band's Garth Hudson and Donald Fagen also help out 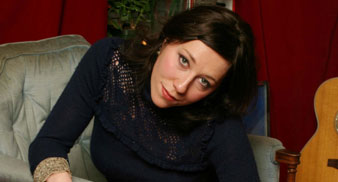 Martha Wainwright‘s new studio album I Know You’re Married But I’ve Got Feelings Too features a host of guest singers and musicians including The Who‘s Pete Townshend and The Band‘s Garth Hudson.

The album, Wainwright’s follow-up to her 2005 self-titled debut also features Steely Dan‘s Donald Fagen on the track “So Many Friends” as well as help from her musical family.

Wainwright says of the new album: “The title sums up my dark humour. Plus it’s an homage to a few good men and women that I’ve loved at one time or another. After all, these people never go away. You end up loving them for life.”

Martha Wainwright is set to play some shows in the UK in May, backed by her full band. Catch them at: