Band have been rehearsing around 40 songs 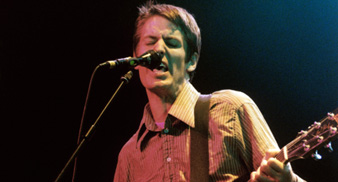 Pavement played their first gig since 1999 in New Zealand earlier today (March 1), taking to the stage at Auckland City Hall.

The band, who announced their reformation last year, played a greatest hits set that included the likes of ‘Shady Lane’, ‘Date w/IKEA’ and ‘Stereo’, according to blog Cause = Time.

Guitarist Spiral Stairs recently wrote on his blog that the band have been rehearsing around 40 songs for the jaunt.

Pavement‘s reunion tour comes to the UK this May.

The setlist from Pavement‘s Auckland Town Hall gig is: