Laura Marling and Wild Beasts are also among the nominees 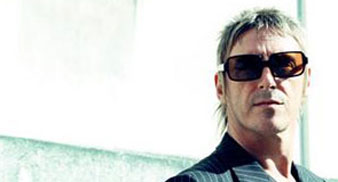 The shortlist for the 2010 Barclaycard Mercury Prize has been announced this morning (July 20).

The names of the 12-strong list were revealed this morning at a press conference at London‘s Hospital Club.

As widely predicted, The XX feature with their self-titled debut, while Wild Beasts, Mumford And Sons and Laura Marling have also been nominated by the prize’s jury.

This year’s NME Awards Godlike Genius Paul Weller features on the shortlist for the first time with his album ‘Wake Up The Nation’, while Biffy Clyro, Foals and Corinne Bailey Rae have made the cut.

Dublin‘s Villagers are perhaps the biggest surprise to feature on the list, with Manchester veterans I Am Kloot also nominated.

The 2010 Barclaycard Mercury Prize shortlist is:

The winner will be announced at a ceremony in London on September 7.