Countdown to Uncut's spectacular new issue, Happy Birthday to us! 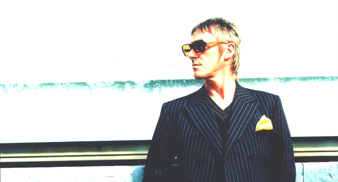 It is only six days until Uncut’s spectacular tenth anniversary issue hits the shops. Opulently packaged, it comes with a free CD of Bob Dylan’s favourite tunes, and a free book – a compendium of the finest rock facts, no less – called The Uncut Book Of Revelations.

Inside the magazine, you’ll find all the usual Uncut pleasures, plus an even higher than usual quotient of rock superstars.

“I suppose it’s just luck,” admits Weller. “Nothing wrong with a bit of the old metrosexual moisturiser. Having your own barnet, that helps. Once you go bald, you’ve only got two styles – matt or gloss. I dunno, it’s not like I live a clean lifestyle – late nights, on the piss, smoking. It’ll all probably collapse at some point.”

Read the full Paul Weller interview, plus an A-Z of Bob Dylan, in the new Uncut, on sale in all good newsagents next Tuesday (July 3).