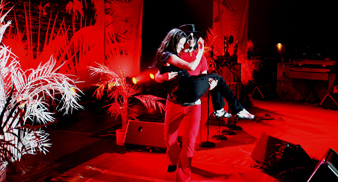 In the new issue of Uncut (on sale now), you can read an exclusive interview with Paul Simon, in which the legendary American songwriter introduces his brilliant new album and looks back on an illustrious career. There are also previously unseen pictures of The White Stripes as we say adios to Jack and Meg, Jonny Greenwood on Radiohead, Robbie Robertson on Dylan and The Band and Brian May answers your questions.

We are also on the road with Deerhunter, one of America’s fastest-rising bands, and take a look back at the stormy career of Delaney & Bonnie and their famous friends including George Harrison and Eric Clapton. Meanwhile, Pete Townshend recalls the anarchic heyday of London’s underground press.

Plus – REM‘s Mike Mills, Marianne Faithfull, Michael Chapman, The Levellers, while in the Uncut Review you’ll find the definitive word on new albums by REM, The Strokes, Elbow and Josh T Pearson and reissues from Traffic, Queen, Primal Scream and Derek And The Dominos.

The magazine is stocking nationwide now.