Paul Simon: “I was ambitious. I was also competitive”

The songwriter reveals all in the new issue of Uncut 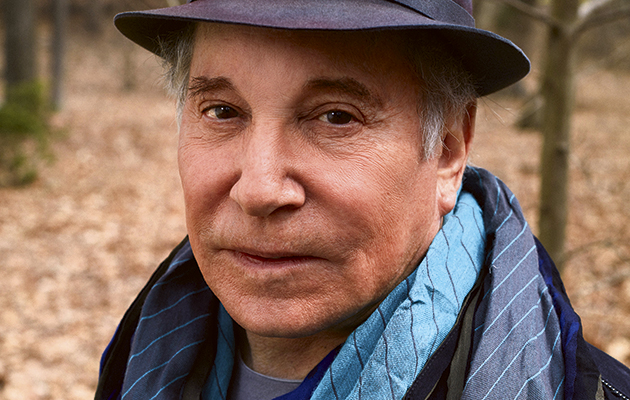 Paul Simon lifts the lid on his long and fascinating career in the latest edition of Uncut.

Interviewed in the July 2016 issue – which is now on sale in UK shops – Simon talks about his time in the UK folk clubs in the 1960s, his early run of solo albums, the Graceland controversy and his new album, Stranger To Stranger.

He also shares his memories of writing “The Sound Of Silence“, which turns 50 this year.

“I wrote it in the bathroom in my parent’s house because the room was tiled, so there was an echo,” he tells us. “I used to turn the lights off and leave the water running. It was like white noise, you know? My brother says it was amazing that I wrote it, because everything I’d written before that was way below it in quality. It was step up. It was probably one of those things when you’re in some kind of serotonin/dopamine flow, and it just comes out. But I was too young to know that those things happened. So I just took it as, “That’s a good one, I could close my act with this one.

“I remember I was just coming out of the phase where I was playing baseball for the schools that I was in,” he continues. “I was a good baseball player but I said, “Realistically, you’re never going to be a baseball player. You’re too small to be a baseball player. That’s over.” I know that I had a tremendous interest in making records as I did all those demos. I was an English Literature major in college, which I chose as my major because I had a crush on a girl who was an English major. I just liked playing music, I wanted to do that. I never envisioned that it would be a lifetimes worth of employment or that I would ever be having an interview like this, at this point.”

Were you ambitious at all?
“Yeah, I was. I wanted it. Also, I was competitive. I was competitive as an athlete. But there were no huge obstacles that I was facing other than I didn’t have a hit. But I wasn’t struggling. As a said, when I lived here I had tons of money for what I needed. When you’re a kid and you’re 21, 22 years old, unless something’s really gone wrong in your life, you’re pretty happy.”

You can read the full interview with Paul Simon – which includes his thoughts on why Simon & Garfunkel split up and why he didn’t see the Coen brothers film, Inside Llewyn Davis – in the new issue of Uncut, in shops and available to buy digitally now.