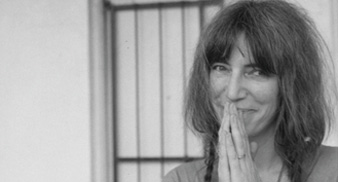 Patti Smith has announced she is to tour the UK this autumn, calling at London, Oxford and Cambridge.

The punk poet and singer, who first came to prominence in 1975 with her debut album “Horses”, is to play two nights at London‘s Shepherd’s Bush Empire as part of the tour.

Earlier this year, Smith released “Twelve”, an album of covers, featuring her renditions of songs by Nirvana and The Rolling Stones among others.