Patti Smith added to End of the Road festival bill

Patti Smith has been added to the bill for this summer's End Of The Road festival. 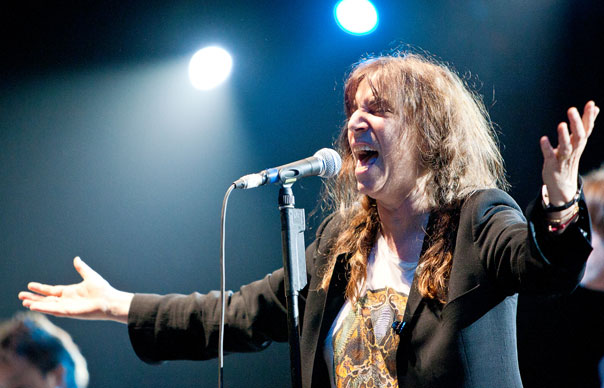 Patti Smith has been added to the bill for this summer’s End Of The Road festival.

The punk legend is the final act to be announced for the festival, which takes place at Larmer Tree Gardens in Wiltshire from August 31 – September 2 and will be headlined by Grandaddy, Midlake and with a co-headline effort from Grizzly Bear and Tindersticks.

Of Smith’s addition to the line-up, the festival’s directors have said: “We have been huge fans of Patti Smith’s work for many years and to have her finally play our festival is frankly surreal and a real honour. There are few musicians whose names alone can evoke such a vast array of images, sounds and stories as Patti Smith’s”.

As well as featuring a tribute to Amy Winehouse, the album closes up with a cover of Neil Young‘s ‘After The Gold Rush’. ‘Banga’ is Smith’s first album since her 2007 covers record ‘Twelve’ and her first record of original material since 2004’s ‘Trampin’.


Patti Smith plays a number of UK headline shows in September, finishing up at London’s Troxy on September 13.

The line-up for End Of The Road is as follows: