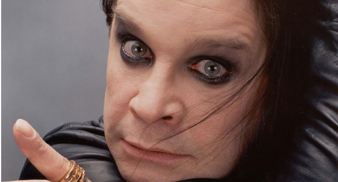 Veteran prince of darkness Ozzy Osbourne is to be honoured with the first star on Birmingham city’s new Walk Of Fame on Broad Street on July 6.

The singer’s induction will be on the same day he plays a hometown show at Birmingham’s National Indoor Arena, part of his biggest solo European tour ever.

Ozzy has already been inducted in a Walk Of Fame Before, he was honoured with a star on Hollywood’s version in 2002. However, being given the Brum star makes Ozzy far happier. He commented: “I have a star in Hollywood on their Walk of Fame but having a Star in my home town means so much more to me. A personal thanks goes out to Lord Mayor Randal Brew.”

The Birmingham Walk of Stars will honour those people who have made a significant contribution in the categories of music, television, film, radio, theatre, sport and literacy.

Future stars are likely to be given to comedian Jasper Carrot and actress Julie Walters.

The public are now being asked to get involved and to nominate and vote for the stars they would like to see honoured,

Nominate your choices here at walkofstars.co.uk

Uncut would like Dexy’s Midnight Runners front man Kevin Rowland to not be forgotten!