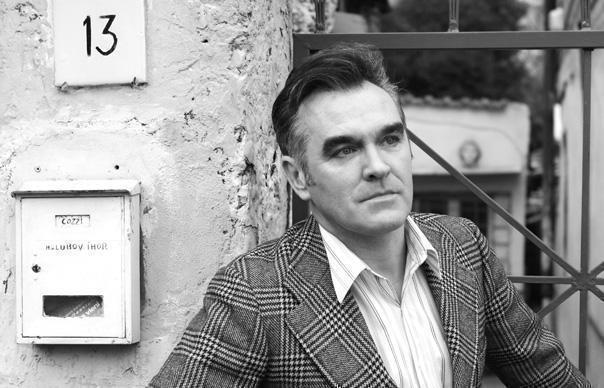 Morrissey‘s claims that he scrapped a gig in Iceland due to the venue’s refusal to go meat-free have been dismissed by the manager of the venue in question and the promoter of the gig.

Earlier this week, Morrissey stated that he would not play the Harpa Concert Hall in Reykjavik after they failed to agree to banish meat from on-site catering outlets for the night. “I love Iceland and I have waited a long time to return, but I shall leave the Harpa Concert Hall to their cannibalistic flesh-eating bloodlust,” he said in a statement published by online fanzine True To You.

Commenting on the controversy, Halldór Guðmundsson from the Harpa Concert Hall said that he was never asked about the issue of serving meat during negotiations with the gig promoter – and that a date for the show had not even been confirmed.

“We were never asked about anything,” Guðmundsson said. “I was never asked to speak to the restaurants here about whether they would serve meat on the night of the gig. There was no contract or anything. The date mentioned to us was towards the end of March. It’s totally his decision, but it was strange for us to read about it on the internet before we were asked about it.”

Lisa Hanson, general manager and co-owner of the concert’s promoters, RR, backed up Guðmundsson’s claim that a date was not agreed and that no discussions about food had taken place.

“We were just starting to look at venues for him and we thought this one [Harpa Concert Hall] would be good,” she said. The restaurant there is three floors up on the other side of the venue, it’s not like they sell hamburgers right outside. He said he didn’t want to play there and we said ‘fine’. It was never a date. It was never booked.”

This is not the first time Morrissey has axed a gig for a venue’s refusal to stop selling meat. In 2013 the Staples Center in Los Angeles closed down branches of McDonalds on their premises for the evening on which he played live. In 2009 he walked offstage during his Coachella set after smelling meat being cooked nearby.

Morrissey tours the UK next month. The short outing begins at Nottingham’s Capital FM Arena on March 13, taking in dates in Bournemouth, Cardiff, Leeds and Glasgow before wrapping up at Birmingham’s Barclaycard Arena on March 27.

Morrissey’s 2014 tour – which the singer described as “what I may risk calling our best tour ever” – included just one UK date, at London’s O2 Arena. The performer listed the London date as his favourite gig of the year in an end-of-tour message.

However, a European tour last year was met with a number of setbacks including the singer cancelling dates in Greece and Turkey. A gig in Germany was ended shortly after a stage invasion and he walked off stage during his Poland show after being heckled by a fan.

Earlier in the year, Morrissey cancelled a number of dates due to a “flu outbreak” among his crew. This came after a string of US dates were scrapped, with the singer revealing that he had been treated for cancer.