Director of The English Patient was 54 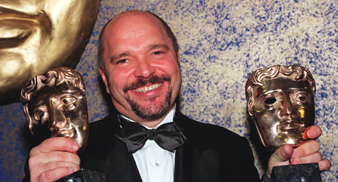 The Oscar-winner, whose films include The English Patient, The Talented Mr Ripley and Cold Mountain, had directed an adaptation of The No 1 Detective Agency, due to be broadcast on the BBC this Easter.

His family are behind Minghellas, the Isle of Wight’s quality ice cream producers. He began his career in television working as a writer, notably on Grange Hill; his episodes included the storyline where pupil Zammo McGuire becomes addicted to heroin. Minghella also directed episodes of Inspector Morse before making his feature debut writing and directing Truly, Madly, Deeply in 1990.

His most successful film, The English Patient, starred Ralph Fiennes as a burns victim tended by a nurse at the end of World War 2. A great, romantic epic, the film won nine Academy Awards, including Best Director and Best Picture.

He followed it with the psychological thriller The Talented Mr Ripley (1999) and the Civil War drama Cold Mountain (2003), which a featured cameo from the White Stripes‘ Jack White.

He also directed a party political broadcast for the Labour Party in 2005 with Tony Blair and Gordon Brown.

For a full tribute to Anthony Minghella, log onto Michael’s blog by clicking here.