Now I Wanna Buy Your Dog 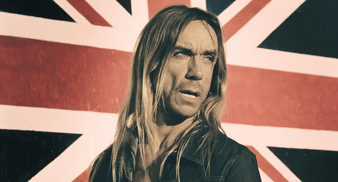 The Stooges’ classic song “I Wanna Be Your Dog” is being released on March 26, as a special edition single, with six different live versions, recorded around the world, in varying states, from acoustic to rap.

One live version – from a Detroit show in 1973 – captures a fantastic rapping attempt by Iggy Pop, and was originally featured on the band’s ‘Metallic KO’ farewell show album. Iggy also performs the proto-punk anthem, solo and acoustic, live on Barcelona TV show, Sputnik in 1993.

In other Iggy news, The Stooges anticipated studio album, “The Weirdness” – the band’s first new LP since 1973 – has had its release date moved forward by a week. It will now be available from March 5.