The great American novelist has passed away, aged 84 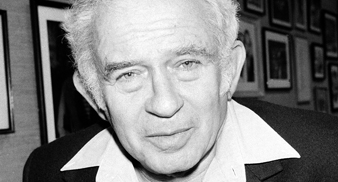 It’s a rather grim inevitability that the greats of American literature are now beginning to pass away. In April this year, we lost Kurt Vonnegut, author of Slaughterhouse Five and Breakfast Of Champions, at the age of 85.

Now, Norman Mailer has died a few months shy of his 85th birthday.

Mailer wasn’t just a novelist, he was a tough guy in the tradition of Hemingway; a drinker who battled with all manner of addictions during his life, a womaniser who stabbed his second wife during a row, a pugilist who commentated on the Ali-Frazier “Rumble In The Jungle” and once head-butted Truman Capote.

Mailer’s first book, The Naked And The Dead, was published in 1948 and based on his own experiences in World War 2. It immediately established him as a major force in literature, and he would continue to hold that position across the next half century years, twice winning the Pulitzer Prize (in 1968 for Armies Of The Night and in 1979 for The Execution’s Song) and turning in another masterpiece, the epic CIA thriller Harlot’s Ghost, in 1991.

Mailer had defined himself as a provocative counter-culturalist and a commentator during the 1950s and Sixties. He wrote plenty of political nonfiction, was arrested on anti-Vietnam demonstrations and once ran for mayor of New York. But Harlot’s Ghost found him still inspired by the churn of politics and history, and able to keep firm grip of a 1,300 page narrative.

Like most of his generation – Roth, Bellow, Updike, Vidal, Didion, Pynchon, Wolfe– Mailer lived through the War, and had seen the fall of Kennedy’s Camelot. These things you imagine, tend to stick with you. He wrote a play about Marilyn Monroe and after Harlot’s Ghost came a biography of Lee Harvey Oswald. Mailer’s last book, The Castle In The Forest, published this year, theorised that Hitler had been the product of incestuous union, brought about by Satanic intervention. He was reportedly working on a follow-up.

Mailer’s life, certainly, was famously as controversial as his writings. “What’s the use of being a writer if you can’t irritate a great man people?” he said. But, despite the brilliance of his writing, you can’t help but question the litany of fights, marriages (six) and, perhaps worst of all, his lobbying for the parole of convicted killer Jack Abbott in 1980 that saw Abbott, once freed, kill again.

One of the Sunday colour supplements interviewed Mailer around the publication of The Castle In The Forest. When asked what his favourite novel was, Mailer replied: “Moby Dick.” Much was subsequently made in the article that Mailer, like Captain Ahab, was obsessively searching for his own great white – the Great American Novel. In fact, Mailer wrote at least two books that are strong contenders for the title: The Naked And The Dead and Harlot’s Ghost.