Tarantino/Rodriguez rope in Wild At Heart and Raising Arizona star 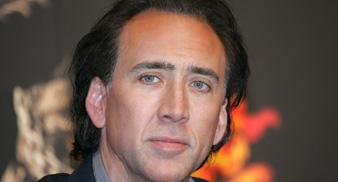 The star of Wild At Heart, Adaptation and Raising Arizona, Nicholas Cage, speaks exclusively to Uncut in the latest issue, out tomorrow.

He talks through his classic film moments and tells us how his surprise cameo in the Tarantino/Rodriguez’ double-feature, Grindhouse, came about.

Cage told Uncut said was initially to help out a friend. He says: “I did it as a favour for my old friend Rob Zombie, over dinner one night. No money exchanged hands. I didn’t know anything about it. Rob said Tarantino and Rodriguez are doing these features, and in between there are these trailers for movies which don’t exist. Rob said he was doing Werewolf Nazi Women Of The SS, and did I want to play a Nazi? I said, well, I’m not real comfortable with that.

“He goes, well then, would you play Fu Man Chu? Yeah, I might do that, I said. But I don’t want to wear any gloopy Asian make-up. I had my own weird ideas about what Fu Man Chu would be doing.

“Then I went on the set of Grindhouse later and Bob Weinstein wanted me to do press and all that, and I went: whoa, whoa, whoa. I just did this for Rob, for fun, nothing else. I don’t want to mislead people into thinking I’m in a big role in this movie, it’s not like that. I’m Fu Man Chu, and nobody will be able to understand a word I’m saying, because Fu is upset about the choices his wives have made with his interior decorating. They’ve got it all wrong.”

Read the full interview and for more film news and reviews see the April issue.

Grindhouse opens in the UK in the Spring. The trailer is here