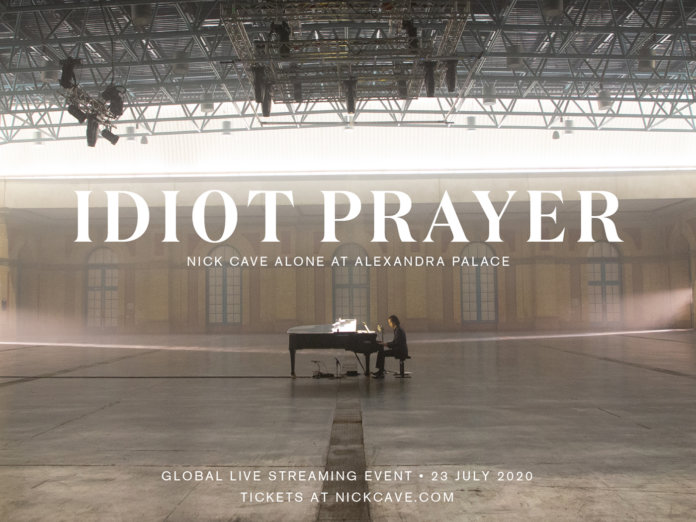 Nick Cave has announced the ticketed live-streaming of a solo piano performance, filmed at Alexandra Palace’s West Hall in June.

Idiot Prayer: Nick Cave Alone At Alexandra Palace will be streamed as live on July 23, and will not be available to watch after the event, nor can it be paused or rewound.

The performance was filmed by cinematographer Robbie Ryan (The Favourite, Marriage Story, American Honey) and edited by Nick Emerson (Lady Macbeth, Emma, Greta). According to a press release, it includes songs from across the breadth of Cave’s career, including early Bad Seeds and Grinderman, right through to Ghosteen, as well as “rare tracks that most fans will be hearing for the first time”.

There are different timings for the live stream, depending on where you are in the world:

For tickets (and more details on local timings) go here.