3 Dates added as warm-up for Wireless 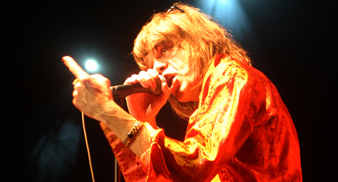 New York Dolls have announced they will play three shows next month, ahead of their appearance at the Wireless festival in Hyde Park on July 4.

The New York Dolls formed in 1971, pre-empting Punk with a handful of shambolic yet intense records that are often credited with inspiring the Sex Pistols – Malcolm McLaren even managed the band before assembling the Pistols.