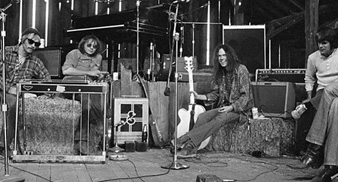 A new Neil Young hour long documentary entitled “Don’t Be Denied” is to air on BBC Four next month.

The television special is a first for the reclusive singer with the BBC documentary gaining new interviews with Young, nine months apart in New York and California.

Screening on October 31, the documentary will also look back over the singer’s archives, with some never-seen-before material.

The programme will be shown just a few days prior to the expected release date of the first set of Young’s much-delayed “Archives” project.