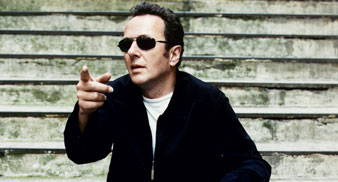 A new biopic about The Clash‘s late frontman Joe Strummer is in the works.

No-one has been cast to play the lead role yet.

Strummer was the subject of Julien Temple‘s 2007 documentary [i]Joe Strummer: The Future Is Unwritten[/i] and Don Letts‘ recent film Strummerville.