Interesting news this morning, as you might have seen here: Poncho Sampedro has claimed that the forthcoming Neil Young & Crazy Horse album will be called “Psychedelic Pill”. 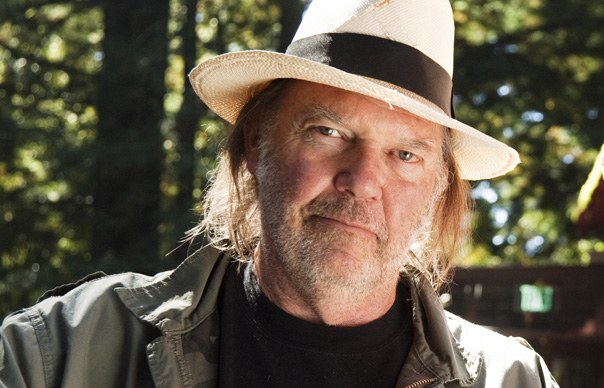 Interesting news this morning, as you might have seen here: Poncho Sampedro has claimed that the forthcoming Neil Young & Crazy Horse album will be called “Psychedelic Pill”.

I’ve spent a good part of the week listening to a bootleg of Crazy Horse’s recent show at Red Rocks, and of the six new songs in the set, I’d say “Psychedelic Pill” might be the weakest of the bunch: one of those occasional Neil tracks where he fires up a terrific riff, then leaves a fragment of a song tenuously clinging on to it for dear life.

Meatier, to my tastes, are “Walk Like A Giant” and “Ramada Inn”. The former smells like the monster to which Young alluded in his recent Uncut interview, stretching out as it does for about 25 minutes. The refrain is provided by some unsteady choral whistling from the band, but it’s the solos with which Young persistently divides and subdivides the song which are most impressive, and the interplay with a clearly rejuvenated Sampedro. The closest recent antecedent in his catalogue is probably “No Hidden Path”, but Young and Sampedro stoke up the feedback clank to such a degree at the death that the song moves deep into “Arc” territory.

“Ramada Inn” is not much less expansive, clocking in at around 15 minutes (as do revelatory versions of “Fucking Up”, “Over And Over” and, most impressive of all, “Love And Only Love”): a slowly unravelling dream of a track, Young at his most elegaic, with a tone and scope that probably accounts for the absence of “Cortez The Killer” from the setlist.

Also new are a couple of becalmed numbers, “Twisted Road” and “For The Love Of Man”, that have both been kicking around for a while, and which suggest that “Psychedelic Pill”, especially if it turns out to be a double, might be a more nuanced and varied collection than a mere accumulation of Crazy Horse jams. “Born In Ontario” is fun, cranky, again redolent of something from “Ragged Glory”; it feels like that era of Crazy Horse may prove to be the closest analogue to Young’s latest campaign.

This campaign, of course, began with “Americana” (my blog on that record is here), and while Crazy Horse have been playing “Jesus’ Chariot” on some dates, even that had slipped out of the setlist for Red Rocks. “[The songs] just didn’t fit in,” Poncho told Rolling Stone. “Somehow they really sound good when we play them together, but when we play them in a set they just didn’t fit in.”

Anyhow, listening to all this has made me even keener than ever to see the show. Your reports and thoughts would, as ever, be most welcome. This blog was originally intended as a brief prologue to a new playlist, incidentally, but seems to have grown too big. I’ll post this week’s selection later today or tomorrow; apologies for the delay.