Concerts on CD and DVD start with historic 1970 performance 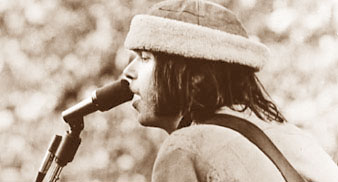 Neil Young’s eagerly anticipated “Archive Performance” series begins with the release of a live 1970 performance, “Live At The Fillmore East,” available next month.

Recorded at the then-brand-new venue the Fillmore East, New York, Young plays a classic set, including an impressive 16-minute version of “Cowgirl In The Sand” and also an extended “Down By The River.”

The full track listing is:
“Everybody Knows This Is Nowhere”
“Winterlong”
“Down By The River”
“Wonderin’”
“Come On Baby Let’s Go Downtown”
“Cowgirl In The Sand”

Neil Young’s “Archive Performance” series will see the release of archival material from the last four decades, including unreleased recordings and classic live performances, for the first time.

Uncut will keep you informed.

The recording will be available on CD, DVD and as a two-part package.

“Live At The Fillmore East” is released November 13 through Reprise Records.