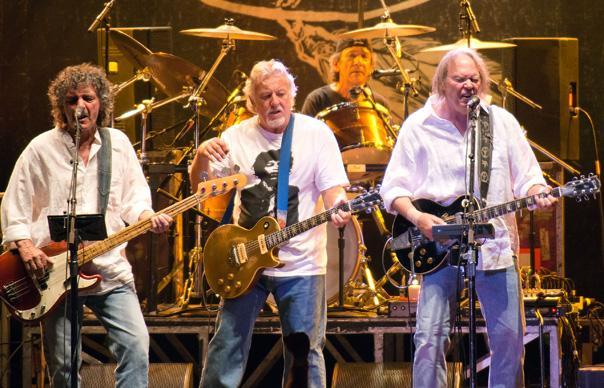 Tickets for all shows go on sale later this week.

Neil Young & Crazy Horse released a new album, Americana, in June. The record was Young’s first with Crazy Horse since 2003 and the first album with the full Crazy Horse line-up of Billy Talbot, Ralph Molina and Frank Sampedro since 1996’s Broken Arrow.

They followed it up with a second album, Psychedelic Pill, in October.