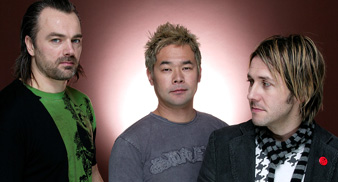 The artists have custom designed a limited batch of 100,000 dog tags, that will sold nationwide through HMV record stores to raise money for the children’s charity.

All the profits from the £2 tags– up to £1.54 per set – will go to War Child, which works with former child soldiers, street children and children in prison in conflict countries including Iraq, Afghanistan and the Democratic Republic of Congo.

The dog tags are inscribed with the words “your war is not with me” and the logo of War Child Music. The charity’s chief executive Mark Waddington welcomes the partnership with HMV, saying: “By buying and wearing the War Child dog tags HMV’s customers can show their support for War Child’s projects working to protect children. We are grateful to HMV, whose partnership with us sends a powerful message of commitment to our cause”.

The tags will be available from March 19.