Muse To Be First UK Band To Play Wembley 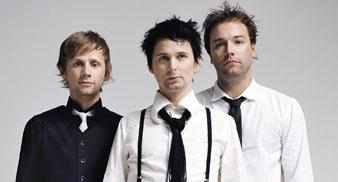 Muse are to be the first British band to play the newly built Wembley Stadium next year.

They are the first act to be announced so far and will play the 75,000 capacity stadium on June 16.

Matt Bellamy told MTV that he was happy that Muse contrast US rock act Bon Jovi – the last band to play Wembley, before it was razed to the ground to make way for the new stadium.

Bellamy said “It feels right for us to play this venue. We’re ready for this. It’s great to have a UK band to offset the fact that Bon Jovi were the last band to play here!”

Muse have promised fans a spectacular show full of surprises, bellamy said to expect a “rocket or space ship.”

The Devon trio are renowned for shiny big shows – their recent shows at Wembley Arena including glitter canons and a spaceship.

Tickets will be made available by Wembley soon.