Motorhead Get Into Sport 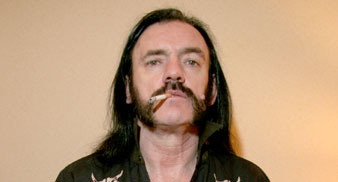 Motorhead are baulking slightly against their hard rocking image of booze and speed by sponsoring youth football team, Greenbank FC.

The under-10s team in Lincoln have won a sponsorship deal which will see them kitted out in all-black Motorhead skull logo’ed football kits and run out onto the pitch to the tune of the band’s classic track “Ace of Spades.”

The deal came about because Greenbank FC’s manager Gary Weight knew Lemmy and Motorhead from his previous career in a band and as roadie for The Stranglers and Echo And The Bunnymen in the early ‘80s.

Weight said, “I knew Lemmy years ago. I think the thought of a football team running out with the Motorhead logo made him chuckle a bit, so that’s where it has come from.”

The young football players will have a team photograph taken with Lemmy and Co. before a show at Nottingham’s Rock City this Sunday (November 19).

The heavy metal band formed in 1975 when frontman Lemmy was kicked out of successful prog-rock group Hawkwind.