Frontman says Christmas Day is "not quite the time to be trading slaps"... 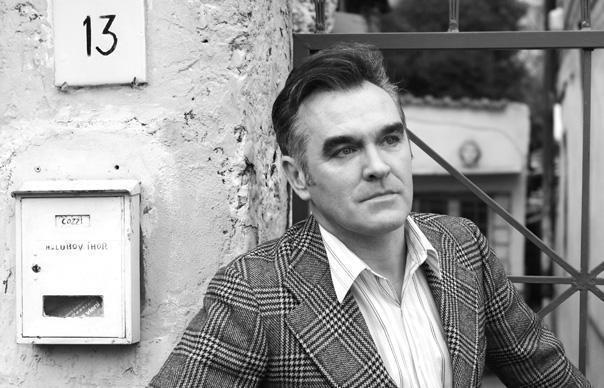 Morrissey has claimed that he turned down an invitation from Channel 4 to record this year’s alternative to The Queen’s annual Christmas Day message.

The frontman has made his views about the monarchy clear for many years and states in a new message on official fan site True to You that he was asked by the broadcaster to record a message which would then be broadcast at the same time as the Queen’s on Christmas Day. Other figures who have done the same in previous years include whistleblower Edward Snowden and Iran’s then-president, Mahmoud Ahmadinejad, in 2008.

However, the invitation was declined with Morrissey saying that December 25 is not “quite the time to be trading slaps.” In fact, he believes that the annual BBC broadcast of the Queen’s speech shows the nation that “she has nothing to offer and nothing to say, and she has no place in modern Britain except as a figure of repression; no independent thought required.”

In a statement, he wrote: “My view that the monarchy should be quietly dismantled for the good of England is reasonably well-known, but I don’t think Christmas Day is quite the time to be trading slaps.”

“The Queen very well might be the most powerful woman in England, but she lacks the power to make herself loved, and the phoney inflation of her family attacks all rational intellect. All over the world highly civilised peoples exist without the automatic condescension of a ‘royal’ family. England can do the same, and will find more respect for doing so.”

Earlier this week Morrissey was forced to cancel dates in Greece and Turkey. The singer’s current European tour has been met with numerous setbacks, including an incident in which a gig in Germany had to be ended shortly after a stage invasion and departed the stage mid-show after being heckled by a fan in Poland.

He also cancelled a number of European tour dates due to a “flu outbreak” amongst his crew earlier in the year. This came after a string of US dates were scrappedrevealing that he had been treated for cancer.