Morrissey: “I don’t know a single person who wants a Smiths reunion”

Morrissey has claimed he doesn't know anyone who wants a Smiths reunion in a new interview with Billboard. 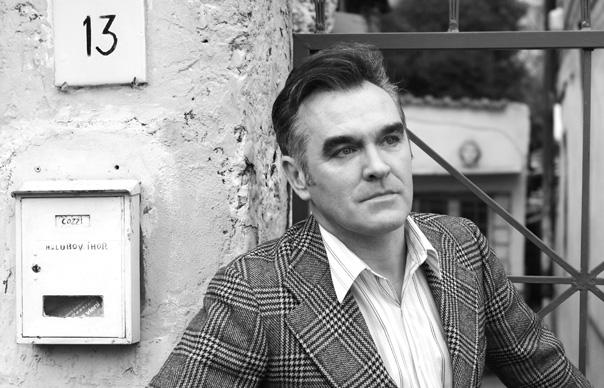 Morrissey has claimed he doesn’t know anyone who wants a Smiths reunion in a new interview with Billboard.

“I don’t know a single person who wants a Smiths reunion!” he told the publication when discussing what bands he would like to see reform. “But, no, there aren’t any bands I like to see again because your memory of them is how they were in their prime or at their best or at their most desperate, and you look to them to be someone that they no longer are.”

He also spoke about the bout of illness he suffered in 2013, which included double pneumonia, a bleeding ulcer and a gastrointestinal disorder. “Well, I’m expected to see Easter,” Morrissey said of the diagnosis. “It was a bad year. I was in hospitals so frequently that the doctors were sick to death of me, and there’s nothing more ageing than lying in a hospital bed, trying to recover from hospital food.”

He continued: “If your illness doesn’t kill you then the hospital food sees you off. That’s what it’s there for. Anyway, it was my time to go to pieces. Much overdue.”

Asked about the 50th anniversary of The Beatles‘ first trip to America, the singer revealed: “I thought four of their songs were magnificient, and if a band can give you four magnificient songs then that’s good enough for me. But was I ever influenced by The Beatles? No.”

Morrissey is due to be joined by Cliff Richard and Tom Jones on two dates on his US tour this summer. On the performers – who will join him at LA’s Los Angeles Sports Arena on May 10 and Brooklyn’s Barclays Center on June 21 – he said: “Tom and Cliff qualify greatly in the style department, and age has nothing to do with it. There are millions of obese 19-year-olds who only buy clothes that blend in with the couch.”