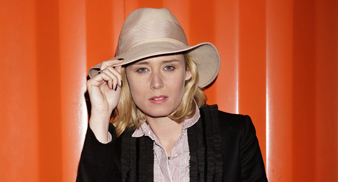 Murphy injured herself on October 27, whilst performing a dance routine at Moscow’s Ikra Club, seriously damaging her eye socket and eyebrow.

Continuing to promote her new album ‘Overpowered’, as well as playing new interpretations of her previous band’s material, Murphy is now ready to start her UK and Irish dates as planned.

Murphy’s two London dates at Koko on November 27 and 28th are now sold-out.

The European dates that the singer has missed through injury have now been rescheduled for January.

They are as follows: