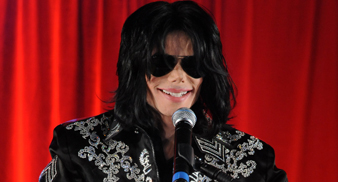 Michael Jackson‘s personal physician Dr Conrad Murray has been ordered to stand trial for involuntary manslaughter in relation to the singer’s death.

Superior Court Judge Michael Pastor made the ruling after a six-day preliminary hearing against the Houston doctor in Los Angeles. A date for the trial has not been set yet, while Murray pleaded not guilty before the decision for the full trial to go ahead was made.

Pastor has also had Murray‘s license to practice in California suspended in the interest of public safety, reports The Independent. During the hearing it was claimed that on the day of Jackson‘s death, in June 2009, Murray had administered a dose of the anaesthetic propofol, as well as other drugs to the singer, before leaving him unsupervised.

Testimonies from two doctors who claimed Murray‘s actions were outside the usual standards in medical practice were used by prosecutors in the final day of the hearing.

However, witness Dr Christopher Rogers, chief of forensic medicine for the Los Angeles County Coroner, said that even if that was the case Jackson‘s death would still be classed as a homicide due to Murray‘s actions. “If there was propofol there, the doctor should have been prepared for the effects,” Rogers said.

Outside the court members of the singer’s family welcomed the decision to send Murray to trial, with LaToya Jackson telling reporters: “I’m happy so far.”

Earlier in the hearing it was revealed that Murray admitted to police he had been giving Jackson propofol regularly for two months before his death.