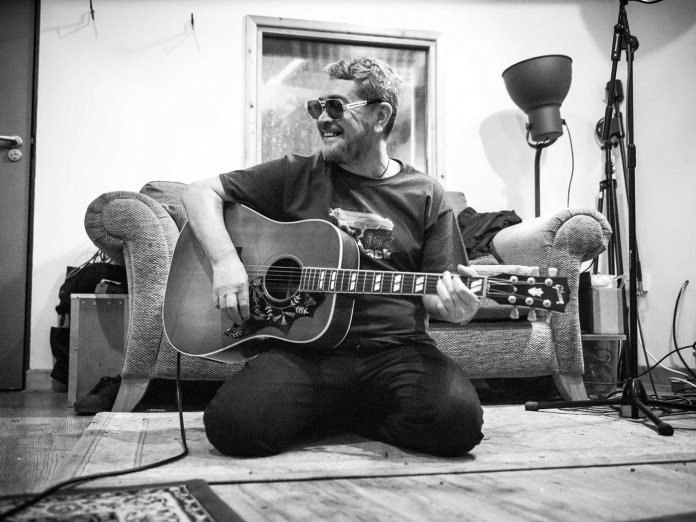 The follow-up to 2017’s Adiós Señor Pussycat, Dear Scott has been produced by Bill Ryder-Jones and will be released on May 27 via Modern Sky UK.

“I’ve been working with Bill Ryder-Jones in his studio in West Kirby, which is brilliant – dead chilled,” Head told Uncut at the end of last year. “It’s the first time Bill and I’ve worked together and it’s been magical. As well as a producer, he’s a gifted multi-instrumentalist – he played a solo and it blew me away! I wanted Bill to bring Bill to the table, and he has, and it sounds boss. We started before Covid and did about six tracks, then we got together a year later and listened to the six we’d done and they sounded amazing, so we’ve just carried on with the others over the last few months.”

The title refers to F. Scott Fitzgerald, specifically a postcard Fitzgerald addressed to himself upon checking in at Hollywood’s infamous Golden Age retreat, The Garden Of Allah Hotel.

As Head explained to Uncut, “I’m fascinated with the early Hollywood studio system and the more I got to find out about the hotel, the more I realised how much the lyrical content was intertwined with it. Stravinsky was there, arguing with Harpo Marx – if you’re a writer that’s gold! F Scott Fitzgerald stayed there when he was sober, but I think he struggled as it was a den of debauchery.”

The track listing for Dear Scott will be revealed shortly, meanwhile Head has also announced a full UK tour to accompany the album reveal.

Tickets for all shows go on general sale on Friday, January 28 at 10am with ticket links available via Michael Head’s website.