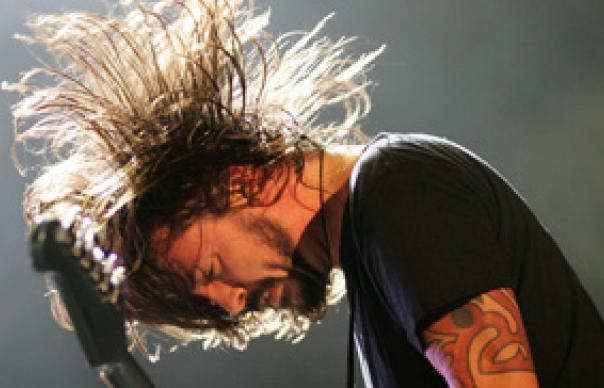 The band will perform at this year’s Sundance Film Festival on January 18, with Grohl taking to the stage with musicians featured in his documentary on the Sound City recording studios in Van Nuys, California, which will premiere at the annual film festival in Park City, Utah.

The film also features Paul McCartney, who teamed up with Grohl to front a band comprising the former members of Nirvana at the 12-12-12 Sandy benefit concert in New York on December 12.

A studio recording of “Cut Me Some Slack”, the song the short-lived supergroup recorded for the film, was put online on December 17. Nirvana recorded their ‘Nevermind’ album at Sound City in 1991.

2013 promises to be a busy year for Grohl. He’ll be delivering the keynote speech at this year’s South By Southwest festival in Austin, Texas on March 14, as well as drumming on the forthcoming Queens Of The Stone Age album.