The Man Who Fell To Earth original soundtrack due for release

It's due in September... 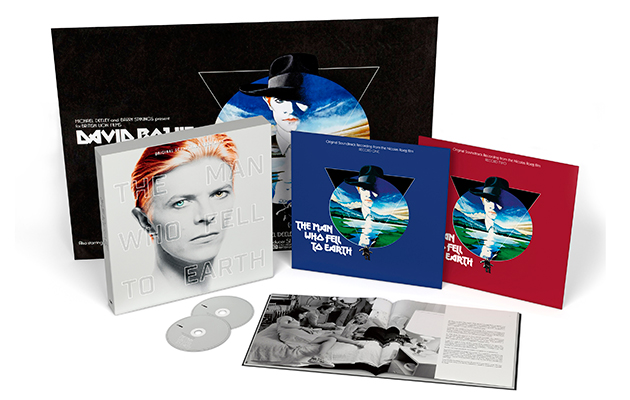 The soundtrack to Nicolas Roeg‘s film, The Man Who Fell To Earth, is to be released for the first time.

The release coincides with the 40th anniversary reissue of Roeg’s film.

UMC will release the soundtrack on double CD on September 9 and as a double LP and deluxe 2 CD/2LP box set on November 18, which features a reproduction of the original theatrical poster and a 48 page hardback book with rare photos.

The book also contains enlightening notes from the movie’s editor Graeme Clifford who reveals that he used Pink Floyd’s Dark Side Of The Moon as a temp soundtrack while working on the film.

“On my original cut, I scored the entire movie to Pink Floyd’s Dark Side Of The Moon. I think I used every single track on the album. The whole movie was Pink Floyd except for the one piece at the end, and it worked beautifully. The movie was made for that score! I don’t know if there was any serious attempt to get Dark Side Of The Moon cleared for our project but obviously, that never happened.”

Alongside Stomu Yamash’ta, John Phillips composed and recorded much of the music for the film and the majority of Phillips’ compositions have been unavailable for 40 years.

The Man Who Fell To Earth will be back in cinemas in the UK on September 9, and available to own as a collector’s edition, Blu-Ray, DVD and download from October 24. You can find a full list of where the film is playing by clicking here.