Madness To Headline This Year’s Guilfest

Squeeze and Supergrass also to play the award-winning event 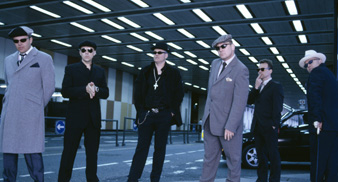 Nutty boys Madness are confirmed as one of the headliners for this year’s GuilFest music festival in July.

The annual three-day event at Stoke Park, Guildford, will also see headline performances from Supergrass, Squeeze and the Magic Numbers.

Supergrass will headline the opening night with a greatest hits set, taking time out from recording their as-yet-untitled sixth studio album, the follow-up to 2005’s Top 10 album “Road To Rouen.”

Squeeze’s headline slot on July 14 will be the band’s only summer performance. Glenn Tilbrook and Chris Difford have performed together as a reunited Squeeze since 1998. Squeeze are responsible for a string of classic hits including “Cool for Cats”, “Up the Junction”, “Pulling Mussells (From The Shell)”, “Take Me I’m Yours.”

Britain’s biggest-selling singles band of the 80s, Madness headline GuilFest on Sunday July 15. With 21 Top 20 chart smashes in their huge arsenal of hits include “One Step Beyond”, “Night Boat To Cairo”, “Baggy Trousers”, “House of Fun”, “Our House” and “My Girl.”

Many more acts are to be announced in the coming weeks.