Heather Small is reunited with original members, after solo efforts 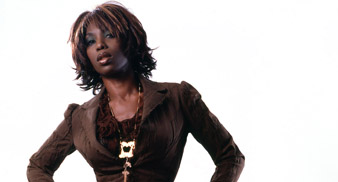 M People, one of the most successful dance acts to emerge from Britain in the 90s are set to play four shows as part of the Forestry Commission’s annual Summer Tour.

It’s been ten years since the last M People studio album “Fresco” – the band split in 1998 to pursue other interests. Front woman Heather Small has released two solo albums in recent years, “Proud” in 2000 and “Close To A Miracle” last year.

Reuniting with original M People members Paul Heard and Shovell – the band will be playing songs from throughout their career, including Top Ten singles “One Night In Heaven,” “Moving On Up,” and “How Can I Love You More?”

Heather Small is pleased to be playing the shows, she said: “We have played in many different locations but never in forests so we’re really looking forward to doing these gigs.”

The four forest shows will be supporting The Forestry Commission’s valuable social and environmental programmes.